You Should Be Writing 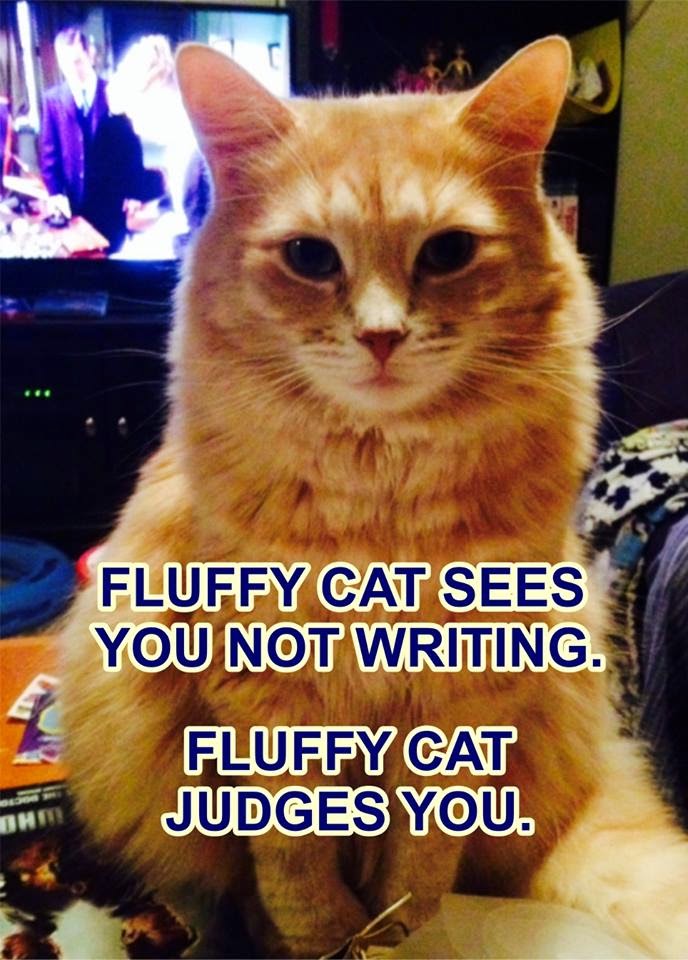 Posted by Marie Bilodeau at 07:53 No comments:

Rules to Living a Creative Life


This message was brought to you by the League Against Evil Numbered Lists That Could Not Possibly Represent Creativity For They Are Uncreative In their Nature
(AKA League of Stop Categorizing and Boxing In Creativity. Damn it.)
Posted by Marie Bilodeau at 08:57 No comments:

Yesterday, I had the honour of being a guest speaker at the cultural diplomacy symposium of the European Union delegation to Canada, which was held at Carleton University.  There were five speakers in all, each asked to speak to a wide range of subjects - from creative integrity to the role of cybercities in writing. The event was kicked off by my friend Cristina Perissonotto, an academic and poet with a very gentle and wise view of the world. And funny, to boot.

She spoke of so much great stuff that it'll take me a while to unpack it all. I've asked for her presentation and a couple of others so that I can hopefully share them here and give you all something different to think about.

Since I had been invited as a storyteller and author, I was asked if I would perform a piece, after a short talk. I spoke of social media growth and its effect on my author career growth, and vice versa. I broached the idea that social media is changing how we consume and market, and that it's hardly "doomsday" for the world of writing. I spoke of the speed of writing and reader expectations, and how liminality was a whole other beast now. We talked self-publishing, hybrid publishing, the future of the industry... I had an awesome time, in other words.

Because there were so many great questions overall, we ran long.  So, we were already over time when I was invited to tell a story. With themes like cybercities and social media on the agenda, I was going to tell my Facebook Fairytale. But it's a bit of a longer story, so I settled on something else instead, about how we share stories to make them our own.

I was asked after what the difference was between creating stories in both the oral and written traditions. It's a good question, and it's something I often think about.

The two aren't interchangeable, first of all.  I became a storyteller to find a captive (most Canadians are too polite to leave during a show. Ha!), but found that most of my stories aren't easily transferred to the written word.

Part of the reason is story flow. When I'm telling, I adapt to my audience.  Language levels, cultural references and idioms can all be tossed in or out at the flick of a brain switch. I've told this story to academics and youth alike, and the texture is very different for each audience. It has to be, because it's my job as a storyteller to relay the story in the most effective manner to the audience right there in front of me.  I can't do that with the written word. I'm not looking over someone's shoulder and adapting the text as they read it (I've been told that would be weird).

With storytelling, you have to be very clear about the main thread of your story, too. That elusive, often invisible line that brings you from the beginning to the end, on which are hooked every other bit of the tales. Metaphors and images all tangled on the line, with notches where important plot points go.

In writing, you don't always see that line, especially in novels. But to see it strengthens the work and helps to fashion that ever elusive "elevator pitch." Because the thread is the main thrust. Any subplots and characters not linked to that thread is superfluous and unnecessary. Identifying necessary from superfluous, much less an invisible thread, can be hard when dealing with 100,000 words, however.

I spoke of this with Mur Lafferty when interviewed for her awesome podcast: I Should Be Writing. That thread is hard to find, but can change everything in a story.

For writing, it gives you clarity of vision and increases your ability to talk succinctly about the plot.  For storytelling, it gives you something simpler to remember than a whole story, and it allows you to adapt for your audience.

Finding the thread is a whole other bag of alphabets, though. I'll think some more on that one.

Thanks again for the great group of folk who put on yesterday's conference and invited me to take part! I appreciate brain food, especially when it comes to social media and writing.  I'll share more in the weeks to come!
Posted by Marie Bilodeau at 07:20 No comments: