Find my short stories in... In these 24 tales Canada’s most daring writers reimagine the super genre from its outer limits to its pulp origins, exploring the diverse landscape of Canadian identity and geography.

Includes my story The Kevlar Canoe. Includes my story Happily Ever After. 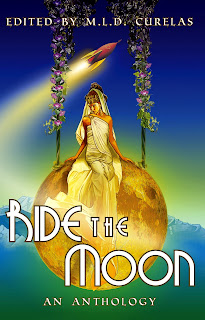 For thousands of years, the Moon has inspired stories and legends about heroic animals, violent deities, and criminal humans. In modern times, those tales have been overshadowed by vampires and werewolves. It's time for the Moon and her denizens to take back the night. Follow us down a twisting path of fantasy and science fiction and rediscover the magic of the Moon. From Mermaids that collect souls to lunar colonies on the brink of disaster, inside these pages you will find out which lunar gods still walk among us and what new breed of monster should keep you fearful of the night. Ride the Moon contains 19 speculative fiction tales that showcase the breadth of writing styles from around the globe.

Includes my story The Buried Moon. 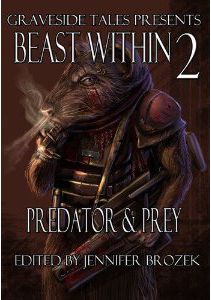 Predator and prey. Hunter and hunted. These aren't your usual shapeshifter stories. These are the stories of bears, tigers, spiders, birds and more. Werewolves in steampunk England. Werespiders in Japan. Werepelicans in Louisana. Wereferrets in New York. This is an anthology that shifts the normal perceptions of who is the predator and who is the prey. Come take a walk on the wild side with the most unusual of guides and enjoy Beast Within 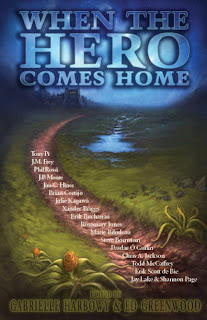 HEROES come in a thousand guises, and so do stories about them. The only survivor of a war struggles to return to a home that doesn’t exist anymore. A rebel leader loses everything she fought for and must start from scratch. A hero who has fought for her village her whole life must retire into obscurity without ever being known for her deeds. A starship returns to an Earth that is much changed, yet too much the same. A soldier is haunted by the very thing that saved his life. And King Arthur returns in Albion’s hour of need. Dark fantasy. Urban fantasy. Political intrigue. Science fiction. From the horrific to the heartwarming. Introducing 19 pulse-pounding tales, by luminaries and great new voices. Co-edited by Gabrielle Harbowy and Ed Greenwood. Featuring an introduction by Susan J. Morris.

Includes my Aurora-nominated story The Legend of Gluck. 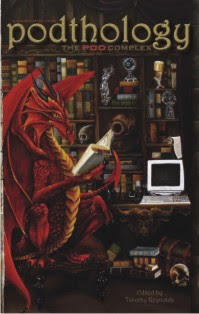 Dragged from the dark recesses of fourteen imaginations and into the light cast by podcasting, The Pod Complex brings together sixteen dark, light and twisted tales from the podosphere and then five more about podcasting itself. Inside Dragon Moon's first Podthology can be found demons, angels, pirates, ghosts, ghouls, the past, the future, and one slightly confused Vietnam veteran.

Includes my story A Pint to Prophecy, a modern retelling of a Norse myth.