Six Months Ago, I Jumped

I worked as a full time communications (public relations/marketing) manager at a successful non-profit organization with a huge national portfolio. I was good at what I did and I liked it. In fact, I was so interested in my job that I was allocating most of my energy to it. Everything else was suffering.

In June, one giant national conference later (I *love* event organization), I was drained.  And I looked around and took stock of the situation. The first thing I noticed was that I had to put down my old cat, Battle Bart.  I hadn't noticed how bad he'd gotten, because I was busy not paying attention to life. That'll shamboozle anyone back to reality. The guilt alone was like a brick on the side of the head.

Then I saw the multiple calls for storytelling shows I would have to turn down AND that my writing was doing well. Things were selling, money was coming in. My savings were doing great, since I hadn't had a social life in a while.

DISCLAIMER:  I have a high tolerance for risk. For the love of all that's pink and fluffy, DO NOT DO THIS unless you have good risk tolerance.  Plus, savings.  Have some savings. Back up plans. And a rich or well enough off partner. I had numbers one and two, but Roomy has made it clear she's not becoming my sugar mommy. (What's her problem, anyway? Well, at least she still makes bread.)

I did a reality check, because I know me and I know that I can jump like crazy whooping all the way until I land hard and break all of my bones (not always, but sometimes!) I'm impulsive. It's a strength (interesting) and a weakness (crazy).

So I talked to my family about it, looked at my budget, talked to a bunch of people I respect, and then I jumped.  It wasn't easy or always fun. I lost some friendships over it, just because a move like this is scary for more than just the person doing it. And scared people sometimes leave.

I'm okay with it. It really highlights who your real supporters are.  I like obvious statements like that. I don't have to wonder about them.

Sometimes I stop, wonder if I'm completely insane and realize what I did. I own a car. I own a house. I intend to keep both. Thankfully I didn't buy above my means. In the grand world of big purchases, both were very reasonable.

But my family and Roomy are smart and wise, and they know me. Heck, they've all known me for at least half my life. They know me well, have seen me fail on multiple enthusiastic occasions, and not one of them is worried for me. That's a good sign. Roomy especially, as she owns a house with me. When I doubt, I ask. They don't rose-colour their answers. They ask me questions. I answer honestly.

It's good to have people who can give you regular reality checks. Don't expect you'll be able to. You'll lose too much of yourself to art.

I have three revenue streams.  Here's the plan:

1 - Writing
Not good for immediate income.  Take out some self-published stuff to get more immediate  and regular payments (starts three months after one work is out). I have a fan base and a team I can call on (and pay!) to help me make a great product.  This isn't going to be trash from my computer to Amazon, "keep my fingers crossed it's going to work." This will be good stuff. REALITY: It still might not work. But I'll get to do a heck of a lot more of it.

2 - Storytelling
Good for immediate income and there are mutliple audiences in Ottawa and nearby. Schools, businesses, associations... I can work it. I have a vast repertoire and can adapt it quickly and effectively.

3 - Freelancing
Let's be realistic. Sometimes, the art stuff doesn't work out. But I was a freelance writer before, and I can certainly take up some communications contracts as necessary.

The fall was awesome for storytelling shows. Scary stories for all!  Winter is slower, since no one wants to leave the house and travel the cold landscape of wintery death. But spring is filling up nicely with shows, as is summer.

I've been taking advantage of the cold weather to get more writing done. Nigh is starting to come out, and I'm hoping the serialization will lead to regular boosts in interest and people noticing it exists. So far, so good. I'm working on some other projects as well. I'm having a ball. 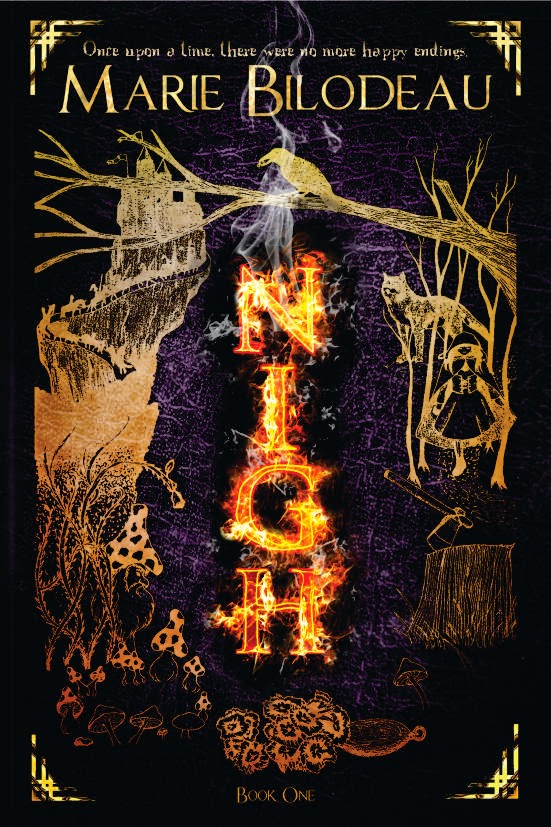 So far so good. This is an adventure.  I've learned a lot in the past six months already and am looking forward to learning more.  I didn't overtly announce that I was doing this in August because I was terrified. And failing alone is much easier than with an audience.

But I have more of a footing now, and I really want to help others who are hoping to follow the same path. So I'll write about it. About what's helped, what was hard, new routines and realizations.  AND IF I FAIL I'LL EXPECT YOU ALL TO SCREAM IN TERROR WITH ME AS I GO DOWN IN FLAMES!! I shall make it spectacular!  I shall make it impressive!!!

I'll label these posts with Writing Life. I hope this helps me and you learn a heck of a lot more about art, business, commercialization and, heck, life.  Plus, how to discourage cats from sitting on your keyboard.