I've been meaning to put on a storytelling show in Montreal for quite some time now. There are lots of awesome people in Montreal, and I just love the city of my wee Marie years.

Ottawa
Saturday, May 14, 2011
Maxwells Pub and Bistro (upstairs)
340 Elgin, Ottawa, ON
Google map
Start time: 3:30 pm
This show is kid-friendly, too! You can thank Hobbes for that touch.

Montreal
Sunday, April 17, 2011
Hurley's Irish Pub
1225 Crescent St, Montreal
Google Map
Start Time: 7 pm
This show is not kid-friendly.  You can thank me for that.  Thank me by buying me a drink after the show, in fact!

Hobbes often works with an amazing musician, Shayne Gryne, and together they form TaelStrum.  He'll work with us for the Montreal show, providing background music and some lovely tunes between stories.  How awesome is that?

We'll be joined for the Ottawa show by storyteller Ruthanne Edward.  Fun for all!

And, speaking of shows, don't forget that tomorrow night is Fireborn!  Join Kymeras Ruthanne Edward, Kathryn Hunt and Sean Zio (and me!) as we celebrate the return of spring with stories and poems of stars and the night.

And I'll also have a late night show, To the Stars, in Toronto at Ad Astra.

To the Stars
April 8, 2011
Ad Astra
Toronto, ON
Starting at 11 pm
End the first day of the con with stories on the stars, science and the end of the world.

Now that I think about it, I've been averaging a show a month this year, and the year is picking up speed.  Throw on top of that a book coming out later this year, several short story sales and a questionable con schedule, and suddenly I understand why Roomy dies of laughter every time I exclaim: "I'm going to take it easy this year!"

It's good to make friends laugh, I suppose.
Posted by Marie Bilodeau at 13:27 2 comments:

This is where you can find me at Ad Astra this year (Toronto, April 8 - 10). It's their 30th anniversary, and in honour of it I'll be doing a show entitled To the Stars.  I'll be telling stories of astronomers, magical journeys and the end of the world.  It's at 11pm on Friday night, so I hope some of you will make it!  It'll be a lovely way to end the first day of the con, and we can go for a drink after!

Shadows of Death, by Karen Dales
Friday, starting at 8pm

Come out and encourage these wonderful authors!

Aside from that I'll be hanging out in the dealers room at the Dragon Moon Press table, and running around to a bunch of cool stuff.  This is only a minute portion of cool things.  The con-com could in fact be accused of hosting too many cool things, making for difficult, heart wrenching choices.  Truly.

Hope to see you there!
Posted by Marie Bilodeau at 08:09 2 comments:

Finalist in the Foreword Book Awards!

Destiny's Blood is a finalist in the 2010 Foreword Book Awards, in the Science-Fiction category!  The Foreword Awards recognize fine books from independent publishers in Canada and the U.S.  This year, there were more than 1,400 entries from 350 publishers (for all categories).  W00t!

(I always feel that Destiny's Blood being classified as science-fiction would make Isaac Asimov cry.  Yet I go on.)

Congrats to the other Dragon Moon Press authors who are in various categories:


Go Dragon Moon!  Talk about an impressive amount of finalists - thanks to Gwen Gades and Gabrielle Harbowy for taking such good care of all of our books!
The Foreword Winners will be announced at this year's Book Expo America in New York City.  I was pondering going, but with Anime North already confirmed, I'll probably pass (because it's the weekend right after and a girl can only run around so much).  But I'll be following the Twitter feed to see if Destiny's Blood wins gold, silver or bronze!  Keep your fingers crossed!  (Well, okay, don't.  I'm not covering your medical bill when you get weird side effects from months of finger crossing.  I'm just not. Wow, between this and making Isaac Asimov cry, I'm pretty heartless today!  I'll have to make up karma tomorrow.)
Before I sign off, let me just say: YAY!!!  :D
Read the full press release.

This blog will not be updated this week due to final stages on next book.  Blogging is awesome, but what a great procrastination tool!  If you need to reach me, well, good luck.  Expect a one-week delay for answers, unless it's urgent of course or you hold some sort of power over me, like my publishers and cat-sitters.

If you miss me terribly, read Destiny's Blood for free, draw a picture of me or tell yourself bad jokes.  And then e-mail them to me so I can add them to my repertoire.  Especially coffee jokes.  I can always use more of those.

I hope you all have a lovely week.  Ta ta for now!


ps - don't actually draw a picture of me. That would be kinda weird. FYI.
Posted by Marie Bilodeau at 08:04 1 comment:

This is where I was: 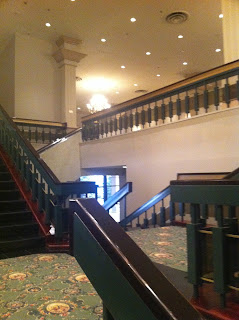 These are the shoes I wore: 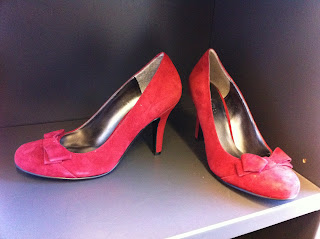 This is where I dreamed of being: 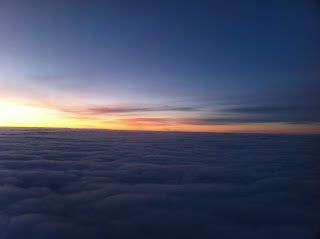 This is my tabby in a bag: 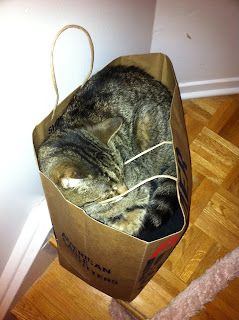 This is where I'll be on Saturday: 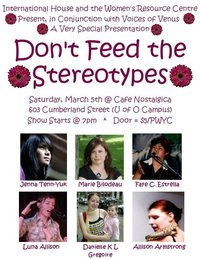 Of Genocide and Questionable Sanity

I've been left alone in a hotel room with a manuscript and a laptop with a camera.  Add needing a blog post to the mix, not wanting to stop writing so taking only five minutes to make a video, and this is what you get.
My scrolly things are fast, I whisper too low at the end, but that's okay.  If it was remotely professional, I might have put on a smidgen of make up.  But that's why shadows exist.  Truly.  That and to scare me when I'm all alone in hotel rooms... oh.